With about 30 years of both flying and building RC Planes, Jim McEwen has seen a lot. Since the early 90’s Jim has been immersed in the world of ducted fans and turbine propulsion systems. Come the late 90’s Jim made the move from Canada to the beautiful sunshine state. Once in Florida, he joined the RCACF field in Orlando where he enjoyed the Florida jet scene for a few years. After that, he continued on to Phoenix, Arizona where is has become involved with scale jet competition. He has held several positions as part of the organizing staff at the Jet World Masters in Dayton in 2011, then as crew/spotter at Top Gun ’13 and the Jet World Masters in Switzerland, and now as a competitor.

Jim’s fleet of scale aircraft includes several Gripens, a Rafale, a Mirage F-1, and a Tunnan which he is currently building for the Jet World Masters 2015 in Germany.

“I am an aerospace engineer and have historically focused on the engineering and systems that go into R/C planes.  I was greatly impressed with the Jeti system (particularly the redundancy, telemetry, and warnings) and have been enjoying helping to introduce the system to the west coast and providing support to Jeti users” Says Jim.

You can find him attending most west coast jet events such as Desert Jet Storm, Tucson Jet Rally, Monster Invitational Jet Jam, Arizona Jet Rally, and the Best in the West Jet Rally. Welcome to the team Jim! 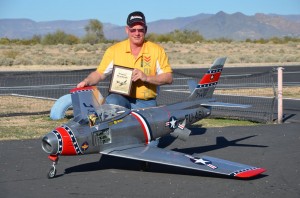 Jeti USA and Esprit Model would like to welcome our newest members to the team! We are happy to see you flying with us out on the fields! It’s a pleasure to announce Jim McEwen, David Soufer, and “Oat” as Jeti USA!