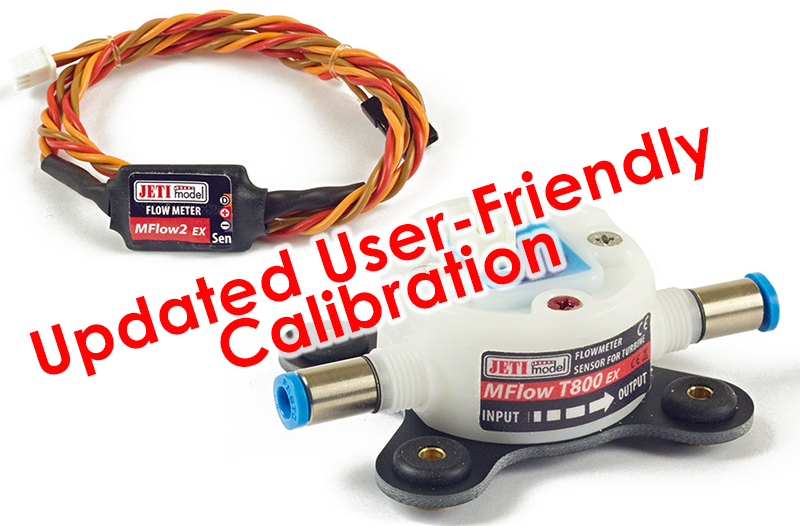 Calibration of the consumed volume is possible from FW version 2.03.We recommend that you first check SW version in the MFlow2 EX sensor. If will be necessary, update the sensor via the JETI Studio program.

Calibration procedure (as example): Leave the “calibration” in the default setting (1,000) and make the first test flight (or run a pumping test with the correct type of fuel). In our example the sensor in the default setting measured the consumed volume of fuel 1159 ml. After a test flight (or pumping test) we measure the exact volume of fuel consumed from the tank, for example, by pouring the rest of the fuel from the tank into the calibration cylinder. In this way, we can exactly determine “real consumed volume” from tank. Then in the calibration menu fill in this exact volume in the item “real consumed volume” (980 ml). The flow coefficient is automatically set to the exact value (0.845). You can reset the calibration at any time and select another (more accurate) value to suit.