We proudly announce the finalization of FCC Certification on the Jeti Duplex DS-14! We hope to start shipping as soon as next week. If you don’t already have yours, Pre-Order it now!

Richard Bohn has been flying pattern planes since the late 70’s. After nearly a 30 year hiatus he decided to return to the joyful art of RC aircraft in 2013. Still flying pattern, Rich entered into a competition in December 2013. There he won the Sportsman category. His recent win has inspired him to move forward in the competition world, trying his hand at Intermediate. 2014 has so far yielded Rich two competitions, a 1st and 3rd place trophy, and a goal. “I’m looking forward to mounting a winning regional/nation campaign this year!” declares Rich. Good luck Rich and welcome to Jeti USA! 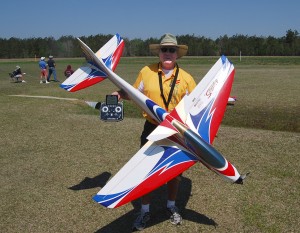