Today, February 5th 2014, due to local construction issues, our phones have been temporarily disconnected. Please feel free to email us if you have any questions. We hope the issue will be resolved shortly. Sorry for any inconvenience.

Husakul Suvunnapaph, better known as “Oat” to hobby enthusiasts, needs no introduction. His work with Insane Canopy is only one of Oats great talents. Starting in the realm of fixed wing aircraft, oat began flying. His first airplane was a Hobby Shack Trainer 40. After three years of advancing in the fixed wing world, Oat had an itch for something new. After being introduced to Helicopters there was no going back for Oat, he found his love. Getting started on a 50 size Nitro Heli fifteen years ago, Oat now flys Kasama Helicopters. “I dropped all my other hobbies including nitro on road 1/8 RC cars, fixed wing, and go karts so I can fly helis most of the weekend,” Says Oat. When he is not flying, he is busy with Insane Canopy, a company that specializes in customized canopy designs. Thanks for going our team Oat! Can’t wait to see you on the field. 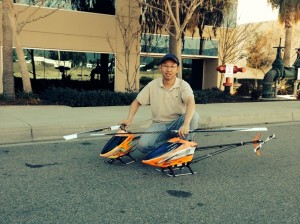 Introducing the Jeti USA & Esprit Model Buy Back Program for Spektrum/JR* DSMX Receivers. We all know how hard it is to move from something familiar to something new and unknown, but we are here to help with that transition. Read more to find out how! 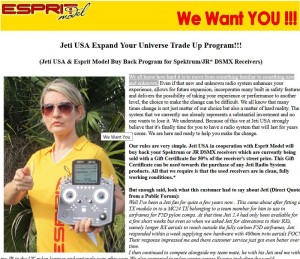 Check out RC Universe for a great review on the standbox. Packed full of detailed pictures and an extremely descriptive video, this review gives a great idea of what the standbox is all about! Check it out. 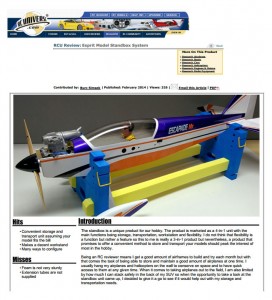