With a built-in internal cell balancer and multiple safety functions, its reliability is rock solid. 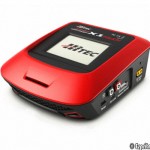 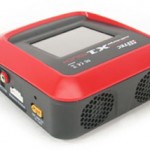 The Cirrus SR22 Turbo is a single-engine, four-seat, composite aircraft, built by Cirrus Aircraft starting in 2001. It is a more powerful version of the Cirrus SR20, with a larger wing, higher fuel capacity, and a 310 horsepower (231kW) engine. It is extremely popular among purchasers of new aircraft and has been the world’s best-selling single-engine, four-seat aircraft for several years. Take a closer look.

From excellent flight performance, to the brightly colored paint scheme, the new KBDD main blades will not disappoint even the most extreme 3D pilots. We have KBDD main and tail blades in-stock. Get them while they last. (And don’t forget your blade holder!)